Our favorite family from the Return of Superman is having their first ever fanmeeting in Manila, which is called “The Hammingtons in Juanderland.” The show takes place on Sunday, July 17, 2022 at the New Frontier Theater, 3 PM.

Following their arrival, The Hammingtons held a press conference at the Novotel, Cubao, hosted by CDM Entertainment. Sam, William, and Ben shared some insights about their lives and travel experiences, and about how they loved the weather and how excited they are to meet their fans in Manila. Sam Hammington said that they didn’t over prepare for the show since the family wanted it to become a real life experience and meet the fans naturally.

When Ben was asked how his attitude toward speaking English has changed, he said that he likes speaking English now because he has grown up already. The two kids have also mentioned that they want to become volleyball players, too.

The Hammingtons are expected to show off their amazing talent on Sunday, July 17, 2022 at the New Frontier Theater. Catch them live and play with William and Ben at The Hammingtons in Juanderland! 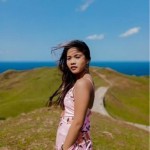 Ara Patria is a half-travel blogger in the Philippines and a half-K-pop enthusiast. She grew up being a K-pop fan, a concert enthusiast, who chased her dreams to see her favorite idols by watching their live performances. She’s been blogging for five years and manages her own travel website – arapatria.com. But she also pursues her passion for writing about her K-pop concert, K-drama experiences, Korean culture, and everything in between.