‘Don’t Break The Heart’ arrives amid a flurry of celebratory activity as Tom prepares for a massive sold-out headline tour that has seen over 40,000 tickets sold across the UK, including the 10,000-seat Alexandra Palace in London. Tom went right into the BBC Radio 1 studio after a monumental performance on the Reading and Leeds Festival Mainstages for a four-day takeover presenting and curating the ‘Future Sounds’ slot.

This weekend, Tom is poised to play for UNICEF in the Soccer Aid 2021 squad, the world’s largest charity football match, which will take place on September 4th at Manchester City’s Etihad Stadium, where Tom will be joined by Gary Neville, Paul Scholes, and Wayne Rooney.

Following the release of Tom’s BRITcertified Silver hit “By Your Side” with GRAMMY-winning singer and producer Calvin Harris, new single “Don’t Break The Heart” is a euphoric and colorful song inspired by the loss that serves as yet another proof to Tom’s status as pop’s latest prodigy.

RELATED: Check out more artists on The Pop Blog’s Radar

According to Tom Grennan, “Recently I received the tragic news of a friend’s mum’s passing. It hit me hard watching him comprehend what had happened, trying to compute the madness and sadness of his new world now that his mum whom he loved so dearly had passed. It triggered memories for me of the loss of my cousin and best friend Alan when I was just a teenager, it broke so many of us. The song unraveled from me quite quickly. It was cathartic on many levels, thoughts of loss and heartbreak, dealing with the grief of death, or the breakdown of a relationship or friendship. These are all things that seem to have dominated my life in recent years, but sadly never get any easier to navigate. I’m grateful that the passing of time allows us to look back and remember the good times.”

‘Don’t Break The Heart’ and ‘By Your Side’ are included on ‘Evering Road Deluxe,’ as well as new tracks ‘People Always Meant To Be,’ ‘Fade,’ and an orchestral version of Tom’s BRIT GOLD-certified Top 10 single ‘Little Bit of Love,’ which was recorded live at Abbey Road (the single itself has now been streamed 200 million times worldwide).

As one of the world’s top 200 most streamed musicians, Tom Grennan has three chart-topping singles in 2021: “Little Bit of Love,” “By Your Side,” and the Number One Trending Song “Let’s Go Home Together” with Ella Henderson.

Tom’s critically acclaimed UK Number One album “Evering Road” has been called “one of the country’s brilliant young musical talents” by British GQ, “epic” by the NME, and “a catchy, dance-adjacent mea culpa that will score with fans” by ES Magazine. Music Week praised “an enormous breakup lament,” CLASH hailed “a profound work of introspection,” and Classic Pop praised “layers of depth.”

Tom Grennan will make his much-awaited return to the headline stage with an entirely sold-out tour across the UK, including a milestone performance at London’s 10,000 capacity Alexandra Palace, following his spectacular return to the stage at the Reading and Leeds Festivals. Schedule on the picture below: 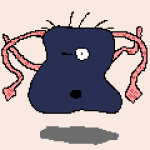