John A. McCabe will release a new novel that follows the life of a Japanese woman & an American soldier exposed to atom bombs. The Girl In Japan – A Young Soldier’s Story is an emotionally moving story. The new novel follows his collection of short tales about growing up in Philadelphia, Tracks Through Our Lives, which was published by Pearl S. Buck Writing Center Press in 2019.

A Bucks County, Pennsylvania citizen and award-winning author, John A. McCabe, is releasing his latest work, “The Girl In Japan – A Young Soldier’s Story,” a full-length novel. The book will be released on April 19, 2022, and will be available in Hardcover, Paperback, and Kindle/eBook formats exclusively through Amazon.com.

“This novel was a lifetime in the making,” said John recently at a publisher’s meeting. “Countless friends, family, and associates encouraged me to tell this story. They contributed to making this manuscript the work that it is. At one time, the draft was nearly 600 pages, but it has been whittled down to about 300 pages in finished form.”

The story follows a tragic and triumphant journey. In a flashback to 1962, the main character sees himself as Joe McGrath, a young nineteen-year-old Army recruit performing his duty, following orders without question, and learning to be a man. Who could blame Joe for being at ground zero, surrounded by the devastation of atomic bomb detonations in the Nevada desert? Joe didn’t find out he was a part of a brutal and horrible medical experiment with 600 other infantrymen until years later.

When Joe saw Reiko, the Japanese girl, in 1968, he realized that even if they were on opposite sides of the world, the horror of a nuclear detonation and its toll on humanity remained eternal. Reiko provided Joe the courage to seek out the truth. Knowing that she, too, has experienced the same dread, albeit in a different reality, offers Joe mixed feelings of relief, as they both know that truth is stranger than fiction.

Together, Joe and Reiko’s rage transforms into a desire to expose the unsettling and terrifying nuclear threats. Joe finally unveils the reality of wildly uncontrolled, atomic forces unleashed against mankind for all the globe to comprehend, more than half a century later. Reiko and Joe, McCabe’s characters, give us a gift in this book: a warning for the tumultuous days of 2022.

The Pearl S. Buck Writing Center Press published McCabe’s first collection of heartfelt short stories, Tracks Through Our Lives, in 2019. Assiduous Way will release Tracks as a Second Edition with three new stories in the summer of 2022. McCabe is working on a second collection of stories, which will be released in the fall, as well as other projects.

“The Girl In Japan – A Young Soldier’s Story” is published by Assiduous Way LLC and available exclusively from amazon.com beginning April 19, 2022. 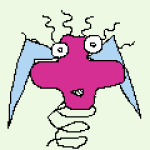 1 thought on “John A. McCabe to Release New Novel, “The Girl In Japan – A Young Soldier’s Story””