It’s been more than a year when they announced that Maine Mendoza is set to have a musical project under Universal Records. I was stunned, for I’ve seen what Maine’s singing capabilities are. Why would she yearn to release an album despite her limitations in the musical front? 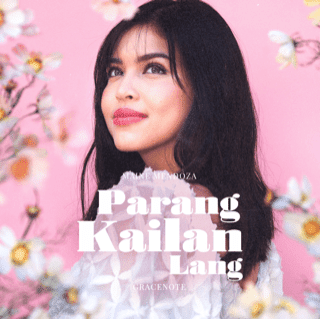 It has been commonplace in the Filipino entertainment industry to bank on phenomenal actors and actresses to release music albums or singles. Judy Ann Santos, Bea Alonzo, Kathryn Bernardo, Anne Curtis are just some of the actresses to release their songs, and most of them get ridiculed because they cannot sing at all. There was even one instance that a young singer, Rhap Salazar, lamented on how horrid it is that actors who cannot sing perform on TV and get recording contracts.

I agree with Rhap. These actors don’t deserve to release records. However, I am forced to understand these actors because of their limitless success mindset. They have it all–big brand endorsements, blockbuster films and tv shows, great love lives, and millions or billions of pesos. However, we, as humans can never be contented. Hence, it’s just an ordinary leap for these stars to release a record, or like many others, run for office (politics).

We, as ordinary people have limited ourselves with our capabilities, but we shouldn’t drag these actors down. They got what they want because they believe they can. And they fought for it. That is an inspiration to behold.

Singers shouldn’t also be threatened by actors’ releases because it remains a fact that they are non-singers. Their singing careers are usually put to a halt and end up being “singing stints.” Judy Ann Santos and Bea Alonzo are embarrassed by these “stints” and even perceive it as “a dreadful past.”

We also easily forget that other actors can actually really sing, play an instrument, and make their own music. Aside from that, singers have also crossed-over from singing to acting. This is just a fair game, and everyone deserves to try other things.

As for Maine Mendoza, her fans know that she has a knack for writing. Parang Kailan Lang is not her first single. In 2016, she penned the song Imagine you and me, the same title of her film with Alden Richards. Universal Records might have to deal with autotune and other audio edits for her vocals, but the song is enigmatic. It reminds me of the music of the band Midnight Meetings. Maine did a great job. I just hope she practices enough so that she’ll have the confidence to sing this live and not go for her usual route of lip-syncing.

NeP-C Ledesma is a Writer-Entrepreneur full of curiosity about our abstract world. She devours Psychology, Good Food, Philosophy, and prefer Cats as her all-time company. Pop Culture is her Kryptonite.

For collaborations, press releases, ads, email us at: thepopblogph@gmail.com

NeP-C Ledesma is a Writer and Entrepreneur full of curiosity about our abstract world. She devours Psychology, Good Food, Philosophy, and prefer Cats as her all-time company. Pop Culture is her Kryptonite.